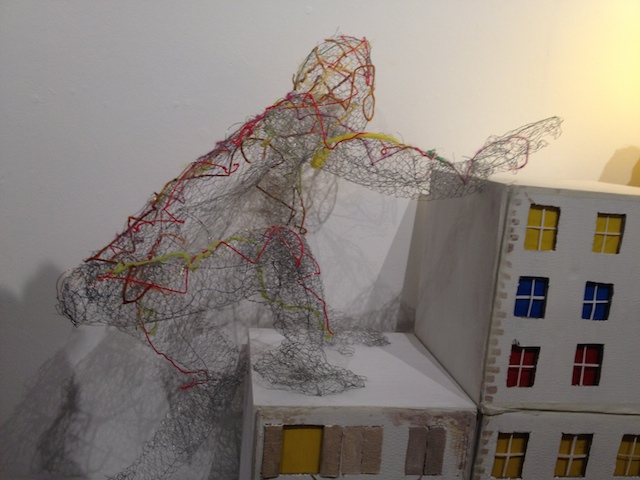 The play’s the thing. This year’s winner of the John Byrne Award, surely Scotland’s most imaginative and challenging competition, is Edinburgh sixth form student, Andrew MacDonald with his play The Treatment about an unethical pharmaceutical company producing a life-saving drug for the exclusive use of the rich.

If that sounds unnervingly close to real life, perhaps it’s not surprising. Each year the award sets a different ethical stimulus.  For 2014 it was poverty and inequality, based on an Oxfam report on the global implications of rising inequality and a report from the Bill and Melinda Gates Foundation debunking myths they claim block progress for the global poor.

In the fifth year of the John Byrne Award (and the third we have been lucky enough to attend) there was a real sense that this great idea has come of age. A self-confident awards ceremony took place at Edinburgh Art College, complete with red carpet, paparazzi to greet guests at the door, and Peter Capaldi and John Byrne on stage as a nicely ironic iconic duo to present the prize and commendations.

By any measure it was a sparkling occasion – after the awards came Shooglenifty and the dancing – but the serious purpose was clear in the display of remarkable work produced by the finalists. They grappled with the challenge through poetry, prose, sculpture and paintings, and explained the process in personal statements to judges – and video cameras.

The award which seeks ‘to cultivate a conversation about values and ethics’ is open to sixth form students from Scotland and South Africa – or Edinburgh and Umlazi Township to be more precise – and it’s interesting to note that this year’s competition focuses on individual students or collaborative teams rather than the schools they attend. Participants are invited to bring their creative ideas to life through any medium – ‘a painting, a play, a dance, a photograph… a mathematical equation’ – so this year’s entries produced another tough challenge for judges. But Andrew MacDonald’s play stood out.

“His entry was a wonderful piece of drama,” says Alex Wallace, chair of the judging panel, “depicting the unethical operations of a pharmaceutical company who with-hold a potentially life saving drug for the exclusive use of the rich. His play, his excellent accompanying submission and his well argued presentation, beautifully captured the values of the stimulus, whilst also demonstrating his own values with great clarity”

As a result Andrew wins £2,000 to be spent on self development and – perhaps another creative challenge – an extra £5,000 to be spent on improving the community.  (Confession: by this time your Leith Open Space reporter was so starstruck she didn’t catch hold of who Andrew awarded his community cash to but we will add that information as soon as we can).

All this, sponsored by Cairn Energy, the University of Edinburgh and City of Edinburgh Council, was recorded in many comments and photographs (no, not only selfies) on Twitter where #jba2014 must have been trending in Edinburgh last Saturday night. And, judging by the conversation on @johnbyrneaward today the story continues.