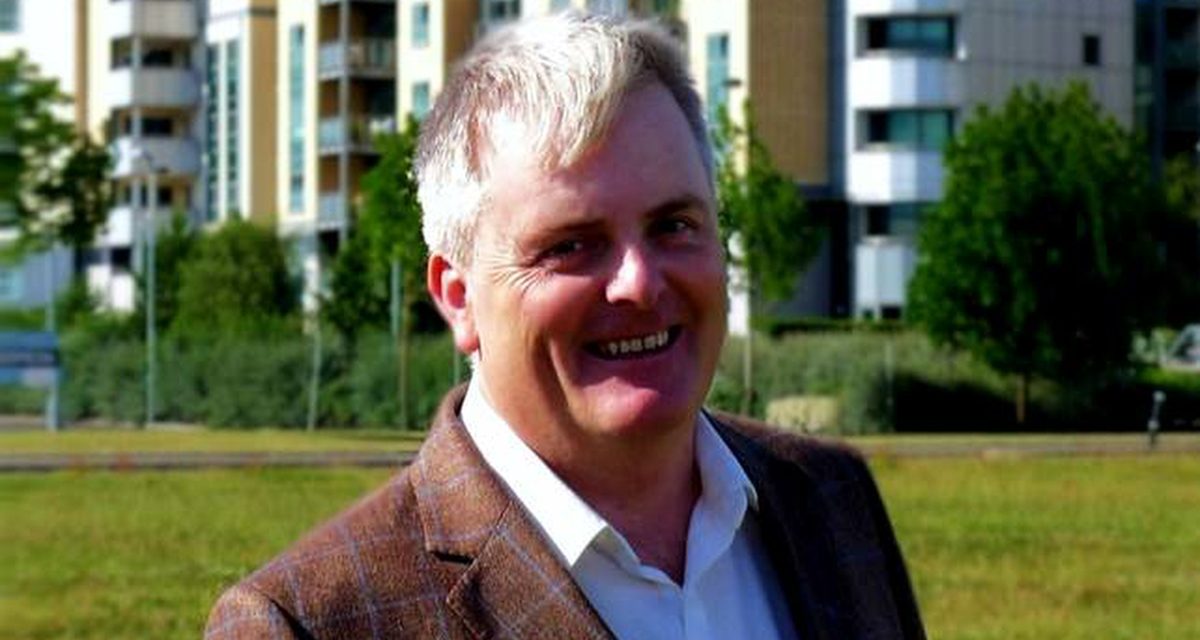 People are not pawns to be traded in some game. Our young people should have the same opportunities to work, study and travel abroad as I, and many others, have enjoyed.

Martin Veart, Liberal Democrat candidate for Edinburgh North and Leith, identifies housing, health and education, as local priorities in his answers to the Leith Open Space #onlinehustings: five questions for our five candidates.

Like most places, the major concerns of Edinburgh North and Leith are health, housing and education. With housing, we need about 5,000 new houses city-wide. I know folk who work in the city but cannot afford to live here. Young people can no longer afford to get on the property ladder and homelessness is increasing. What housing there is, is often old and needs upgrading, that would both save energy (cutting CO2 output) and save people money on their bills.

With health care, our GP services are under increasing strain and we need to ensure that new housing sees an increase in medical services. We have many elderly people that require better care in their own homes but instead these services are being cut.

Likewise education: college places have been cut across Scotland. Although there has been a rise in full-time courses aimed at the 18-25 year age group, many part-time places has been cut, effectively ending Scotland’s tradition of life-long learning.

Q2. How would you use your seat in Westminster to address local issues, using powers not held by the Scottish Parliament?

Theresa May called this election to gain support for her vision of an uncompromising departure from the European Union – the so-called “hard Brexit.” Edinburgh is a welcoming and international-facing city with the vast majority of us voting to stay with the EU. I am standing to oppose the Brexiteers’ vision of an isolated Britain and the SNP vision of a divided UK.

Regardless of what happens in the future, it does not make sense for Scotland to have barriers with either the rest of the United Kingdom or the European Union. Liberal Democrats would protect the rights of Scottish people to work and live across the EU and the rights of the EU citizens already here. People are not pawns to be traded in some game. Our young people should have the same opportunities to work, study and travel abroad as I, and many others, have enjoyed.

The Liberal Democrat commitment to raise income tax by a penny, and ring-fence that for spending on the NHS, will see more money delivered for Scotland overall. Unlike other parties, our spending plans are costed and realistic.

Q3. What or who motivated you to become a politician – were you inspired by anyone in particular and if so what did you admire about them?

There are two reactions to trouble: duck for cover or stand up and tackle the problem. A lot of people in politics, regardless of party, react in the latter way. You see something wrong: you want to fix it.

I guess my political awareness started early but formed when I became aware of the disjoint between what is said and what is delivered. Britain is a pretty good place to live – believe me I have seen a lot worse – but also we could do a lot better for people. Just look towards our near neighbours in northern Europe. We can start the process right now with the powers available to us. Why wait?

As for heroes? No, I don’t do heroes. Everybody has strong points and weaknesses. I admire humanity as we are and, outside the movies, I don’t look for super people. We all have the potential to do remarkable things.

Q4. Being an MP is a hugely demanding job, how do you like to unwind, relax and recharge your batteries?

Spare time? Asking about that in the middle of an election and that seems like a distant memory. Beyond studies and family responsibilities, I like to travel (when I can afford it), country walking, and I have joined the local rowing club which, I hope, will become a regular thing for the weekends. I confess I am a sucker for some Ch4 television shows: First Dates and Gogglebox being particular vices.

Q5. Can you share with us a quotation from a favourite poem or song?

Songs. Perfect Day by Lou Reed means a lot to me. It is a song so full of sadness, of yearning and lost innocence. The beauty of moments that can only be preserved in memory. It also contains a warning that all in public life would do well to remember:

“You’re going to reap what you sow.”

I think that if we encourage people to think, to act upon evidence and have confidence in themselves, we have a chance of reaping good things in the future.