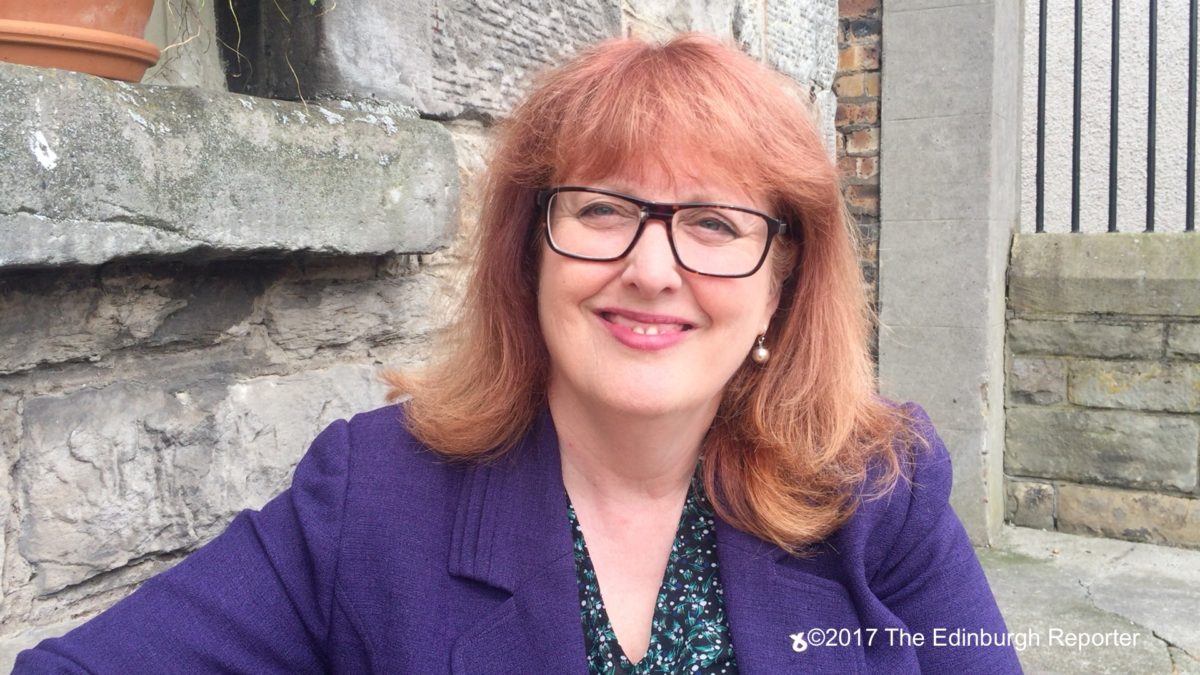 My daughters were and are a big influence – I want them to inherit a better world and a better country and I want young people to have every chance to enjoy life and do amazing things.

Answer: There’s a huge list of things that are incredibly important for people in the constituency. There’s the horrific poverty caused by Westminster’s austerity cuts that have driven families to foodbanks and left parents in despair because the benefit cap means they might lose their homes, for example, or the rising cost of living sitting beside wages that aren’t rising at all forcing more people into poverty. Working parents are having to queue at foodbanks – that’s simply not right in one of the richest countries in the world.

Then there’s the rape clause – families with more than two children will have to prove that the other kids were the result of rape to claim tax credits for them. That would be people struggling to manage on a low wage caused, in part, by UK government policies being denied the help they need to survive. The Tories have been saying that people who can’t afford children shouldn’t have children – that’s an appalling attitude to have about a child who is here already. It also ignores the fact that people may well have been able to afford to have four kids before they lost the good wage they were on, perhaps because Brexit means the company they work for moves operations overseas or an austerity recession causes lower wages. This is a government that is simply inhumane.

Immigration, too; we’ve been enriched by immigration, especially from EU countries – people who have come here and started businesses, got into work, contributed to the economy and to our culture, made Leith, Edinburgh and Scotland richer in all kinds of ways. Brexit will make it more difficult for them to come here and it will also be more difficult for kids growing up here to go abroad to study, work and live if they want to. I want to preserve, protect and enhance freedom of movement – I guess that’s going to be pretty difficult with a Tory Government that’s obsessed with stopping people coming here but it’s important, I think, that we’re not cut off from the world.

Pensions! The Tory manifesto says they’ll cut pensions protections – including the triple lock that was only introduced by David Cameron a few years ago – and the winter fuel payments are to be cut along with some other pensioner benefits. I’ll fight these cuts to the money that our older folk have to live on – people who have worked all their lives deserve some dignity in old age.

I could go on all day about the problems that are facing people but you’ll know most of them already – there’s a bucketful of work to be done on each of the issues and a whole lot of people who don’t want us working on them.

Q2. How would you use your seat in Westminster to address local issues, using powers not held by the Scottish Parliament?

Answer: What do you mean by local issues? There’s such a range of issues that have a local aspect to them that it’s almost odd to think of any issue not being local. Being an MP gives you a powerful voice to use on people’s behalf, you can act as an advocate for people, facilitate meetings with the police, intercede with housing associations and utilities companies, prod the council, jab government departments with a big stick, get some action for people. I’ve been doing that over the last two years, moving things on for people, getting results, making people’s lives a little better or at least getting things started.

Q3. What or who motivated you to become a politician – were you inspired by anyone in particular and if so what did you admire about them?

Answer: My daughters were and are a big influence – I want them to inherit a better world and a better country and I want young people to have every chance to enjoy life and do amazing things. I’m sure everyone claims that their party leader is a big inspiration and it probably looks like you’re sucking up if you mention them like that but Nicola Sturgeon really impresses me – she remembers people she meets during First Minister visits, she learns from everything she sees, she’s got great political instincts, she’s friendly, and she keeps her political beliefs and principles with her all the way through her job.

Beyond that there are my parents-in-law who have been quietly ploughing an SNP furrow for decades – even in the times when it was a very lonely furrow indeed. They, and lots of people like them across the country, carried the party through some very hard times. They were never elected to anything and never sought fame nor riches nor glory for their work but we owe so much to them all. One last person worth mentioning is my old boss from Holyrood, Rob Gibson (who was an MSP but is now retired) – he’s been a land reform campaigner his whole life, he was instrumental in moving land reform centre stage in Scottish politics and his belief in social justice and in equality has always remained strong.

Q4. Being an MP is a hugely demanding job, how do you like to unwind, relax and recharge your batteries?

Answer: Look, keep this a secret and don’t tell Dougie but he’s a top bloke, always at ease and relaxed who cooks great food so I often finish my day in the office and walk home to a cracking dinner and then he’ll play the guitar and I can just let all the stress flow away – I really miss that when I’m down in London. Funnily enough, I like cooking, too, and I like having friends round for a bite and a chat. Dougie’s a joiner and he’s always doing something, building something or making something and I find the smell of newly cut or sanded wood really relaxing, oddly.

There’s one other thing – I love films. I don’t often get to the cinema these days but I enjoy films at home with a cup of tea or a glass of wine. I think we should all get out and support independent cinemas if we have the chance and the money, though – the Filmhouse, the Dominion and the New Town Community Cinema, for example (also the Cameo although it’s not really an independent). I’ve always wondered why an independent cinema didn’t survive in Leith, I would have thought that Leith was a perfect place for it.

Q5. Can you share with us a quotation from a favourite poem or song?

Answer: I’ll give you a couple –

And off they went, my two parents
to march against the war in Iraq,
him with his plastic hips. Her with her arthritis,

The other one is a MacDiarmid poem, Edinburgh, that has a bit that goes
Edinburgh is a mad god’s dream
Fitful and dark,
Unseizable in Leith
And wildered by the Forth

For a bit of fun, though, Google for James Robertson’s The News Where You Are