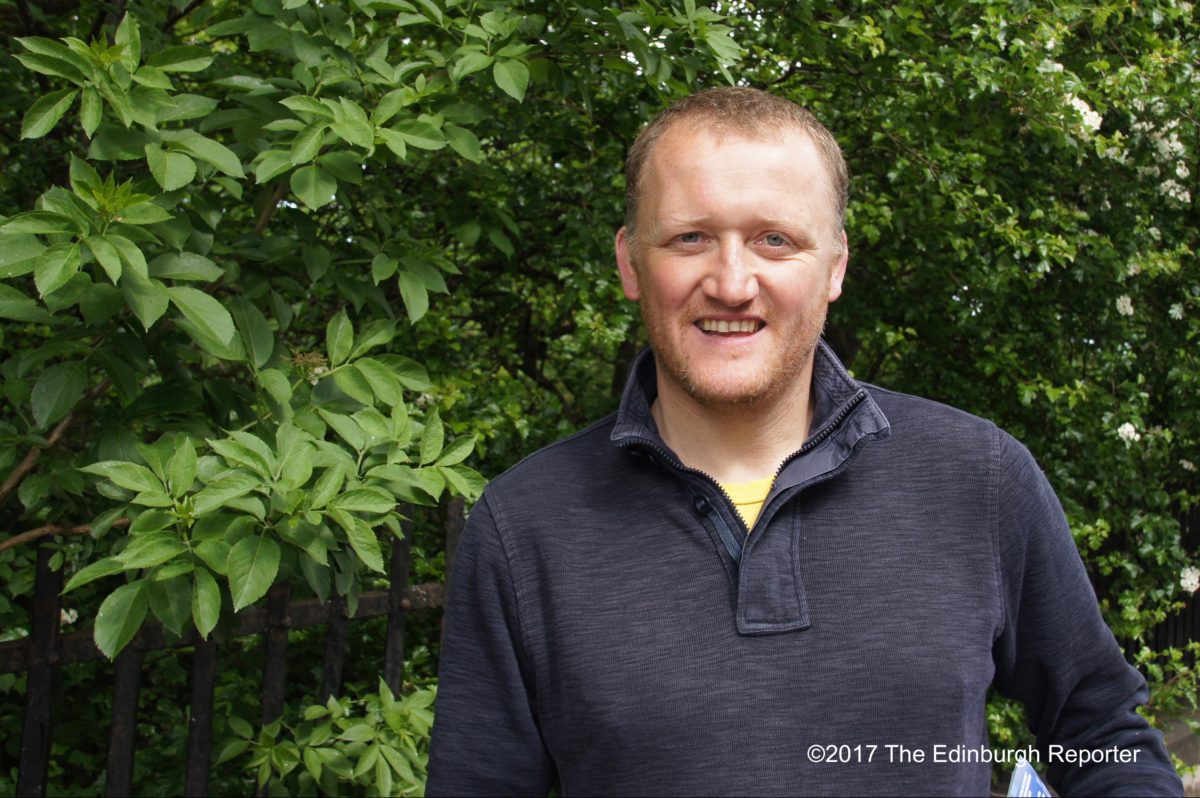 I thought to myself if I’m so hacked off about the decisions they make affecting people’s lives, it might be easier and more productive to kick them out and become the MP myself…

Q1 What are the most important issues for people in the constituency? Name, perhaps, three.

Second issue is Brexit – there’s a straight choice – either Theresa May or Jeremy Corbyn (propped up by Sturgeon) will be at the negotiating table getting a deal for Britain. I know who I trust…

Third is work that pays. Employment is up 2.9 million since the 2010 general election, we’ve taken the lowest paid 1.3 million out of paying tax all together and boosted wages through the new living wage – at the moment worth an extra £1,400 to people on it.

I’d be using my position, profile, resources and skills to bring change across the constituency and across powers held by council, Scottish parliament and Westminster. An example would be around homelessness – what’s not productive is the shrugging their shoulders and blaming MSPs, MSPs blaming MPs and MPs blaming Councillors – all have the powers to end homelessness – and working together we can – I’ll be working positively across levels of Government and party political splits to end rough sleeping in Edinburgh.

I’ve been motivated and inspired by anyone who ever told me I’d never amount to much, by everybody who ever said that it was to hard to get involved in politics, that parties did not need ordinary working people like myself. I knew that was not true, and I enjoy proving it. Politics is great, and accessible to all – I’d urge you to get involved!
My motivation was much more to do with seeing were things where going wrong – my backgrounds international aid and development, then working in care and support work in Edinburgh – and constantly seeing campaigns to petition your MP on this or that, demonstrate here or there, I thought to myself if I’m so hacked off about the decisions they make affecting people’s life’s that it might be easier and more productive to kick them out and become the MP myself…

Scuba diving is my favourite thing. Nothing relaxes me like being underwater. I’d dive in a muddy puddle if it was the only water around. Thankfully we’ve fantastic diving down in Eyemouth/St Abbs not far from here, and tons of wrecks in Forth.

Football is also my thing, I follow Hearts home and away, and referee as well to keep fit, and give something back to the game and stay involved. I’ve refereed at every Homeless World Cup since 2005 with it was in Edinburgh – it’s my favourite bit of refereeing.