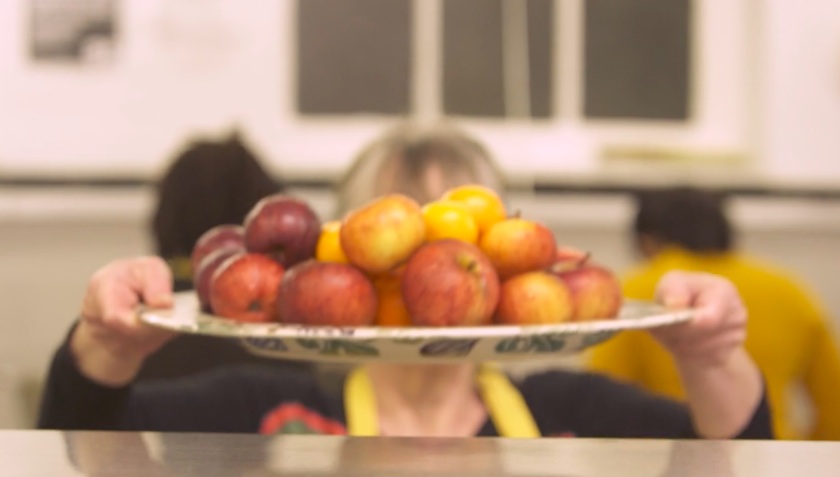 Alice had never eaten lamb before she came to Scotland. In the eastern highlands of Zimbabwe she had grown up learning that it was a forbidden food, ‘I think it comes down to the ‘lamb of God’’ she says, ‘But then in Scotland everyone around me was eating lamb… and I ended up eating it too!’

Food is often highly personal. What we eat can say a great deal about who we are, and what we believe in. So when World Kitchen in Leith members took part in Festival of Humanities they found themselves sharing much more than recipes.

Personal memories of childhood give a fascinating insight into the taboos and temptations which may appear on a plate. A video of the festival event, Taboos and Temptations, provides a close-up and personal account of the different experiences each member of the World Kitchen in Leith brings to the table.

Rami, like Alice a founder member of the World Kitchen team, grew up avoiding pork until he was 20. ‘I spent most of my childhood doing different things, trying to make sure I didn’t eat pork.’ The video shows the look of delight on his face as he remembers breaking the taboo for the first time.

Leith Open Space was privileged to take part in this imaginative project, along with World Kitchen in Leith and Active Inquiry, last November.  The event was created and co-ordinated by Dr Hephzibah Israel, Lecturer in Translation Studies at the School of Literatures, Languages and Cultures, as part of Edinburgh’s contribution to Being Human, the national Festival of Humanities.

Hephzibah’s blogpost explains how we worked together to feed (if you’ll pardon the pun) the element of food into an innovative theatre workshop exploring issues of individual identity, faith and conversion.

‘Our conversations turned inevitably to the part that food and food choices often play in social interactions,’ writes Hephzibah, ‘To what extent do our religious faiths determine what we eat or do not eat? Or even who we choose to eat with or avoid? What could they cook? This is what we came up with…’

What we came up with is documented in this delightful video produced by Rare Bird Media for the University of Edinburgh as part of the Conversion, Translation & the Language of Autobiography research project at the School of Literatures, Languages and Cultures. We are so proud to have played a thoroughly ‘hands on’ part.

You can see the video and read Hephzibah’s description of the discussion behind the scenes by clicking HERE.

Meena – always infectiously eloquent about cooking – declined to be interviewed, but as Hephzibah points out, ‘Meena had several anecdotes about the challenges of cooking for Muslim family and friends, herself a Hindu married to a Muslim.’