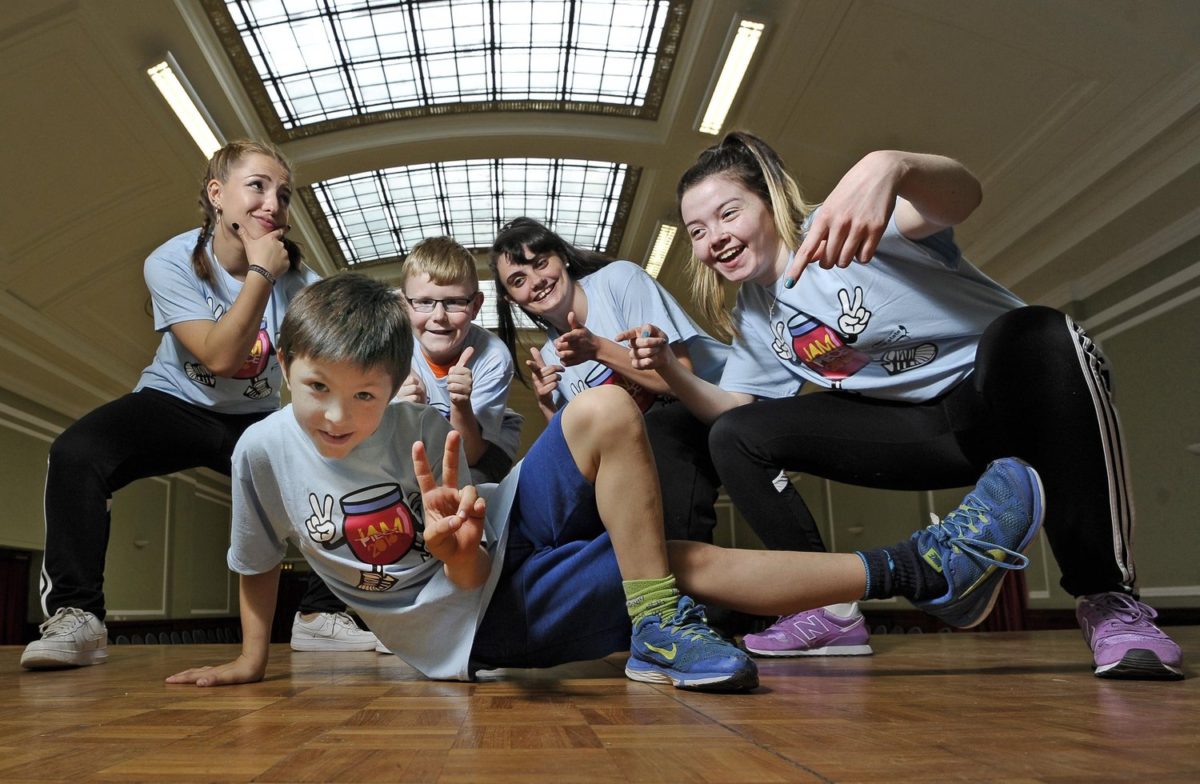 ‘We aim for young people to be accepted as full members of the communities in which they live and learn.’

This is a Wall of Success story to make you smile. The sheer vitality of the young talent displayed on The State Leith is cheering enough, especially in the grey days of early January. It starts with having fun. But the aims of this adventurous young community interest company go much further.

But new year activity began in earnest last week when Emma started Queen 16, the latest 6 week bgirl (short for breakdancing girl) course in the People Know How Community Space on the top floor of Ocean Terminal.

The State is currently hoping to secure £300 funding through the Galaxy Hot Chocolate Fund, which will be awarding five donations to community groups each week until 26 February. You can boost The State’s chances by voting for them HERE.

We’re delighted to add The State to the Side by Side Wall of Success. Note they are looking for collaborative partners – it’s worth adding that several of the other groups about to feature on the wall are looking for contacts with young people. As you can tell from their aims and achievements so far, The State is an inspiring place to start!

1: Establishing Pick n Mix – Youth Dance Crew (funded by Cashback for Creativity). A Hip Hop Arts crew aged 8-18 who met 4 times a week to learn about Hip Hop Culture, Breakdance, to train and to choreograph their own work for performances.

1: We are having a Bgirl jam at Ocean Terminal in February (Queen 16), and are running 6 weeks of Bgirl classes in the run up, we are keen to make both the classes and the jam sustainable.

2: We are always looking for new members of our youth crew, so keen to make contact with anyone who is in touch with young people who would be interested.

3: We want to raise our profile as workshop providers for young people attending existing service provision, so would like to talk to anyone that would be interested in Hip Hop workshops. Pictures reproduced from The State website with kind permission.